The 10 Types of Excavators

What are the types of Excavators

There are several types of excavators out there. When choosing the best one you will need to consider the type of job, the requirements, and the terrain conditions. We have compiled a list of ten different types of excavators to help you determine the best fit for your construction equipment and excavation needs. 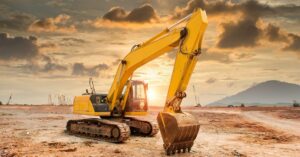 The rotating tracks on crawler excavators are one of their most identifiable features. These tracks provide stability and traction, giving them the ability to crawl around some of the roughest terrains and steepest slopes. The tracks have the added benefit of exerting less ground pressure than machines of wheels, which makes them a popular choice for many jobs.

Ranging in size from mini-excavators to mid-sized excavators to large heavy-duty excavators, crawlers are very versatile. With the use of attachments, these excavators can go from lifting and digging to crushing, boring, grappling, and cutting.

Wheeled excavators are similar to crawler excavators in size, power capabilities, and general appearance, but instead of tracks, they have wheels. These wheels provide more speed and make them easier to maneuver than traditional crawlers. However, they have less traction than tracks, making them best suited for hard, flat surfaces such as asphalt and concrete.

Since they are less stable on uneven ground when compared to crawlers, wheeled excavators are frequently used for roadwork and other urban projects. An outrigger can be added, though, to improve stability when moving between flat and uneven surfaces.

A major advantage to wheeled excavators is that they can be driven from one jobs site to another. Whereas a crawler excavator is usually carried from place to place on a trailer. This can maximize efficiency, and save both time and money.

Dragline excavators are heavy-duty and often used for large-scale civil engineering projects. This can include strip-mining and canal dredging, as well as harbor construction, surface mining, deep excavation, and underwater operations. Draglines are larger than standard excavators, and due to their size, they are often assembled on-site.

These heavy-equipment machines also operate a bit differently, utilizing a hoist rope system attached to a bucket via a hoist coupler. The bucket is affixed to the dragline which runs from bucket to cab. After collecting material, the bucket, which dangles from a boom, is lifted using the hoist rope. The dragline excavator will then rotate and release the bucket when the contents are ready to be dumped.

While dragline excavators can accomplish a digging depth of over 213 feet, their large size makes them inflexible, and therefore unsuitable for many jobs.

Also referred to as vacuum excavators, suction excavators are used to loosen and precisely remove soil. They feature a suction pipe that can provide up to 400 horsepower and releases high-pressure water to blast soil and materials loose.  The edge of the pipe, which contains sharp teeth, breaks up the material while removing it. It then creates a vacuum that can carry soil and debris up to 200 miles per hour.

These excavators are perfect for delicate, underground jobs as their added precision reduces the chance of damage by more than 50 percent. However, they are not practical for large-scale applications.

Skid steers are often used for site clearing, residential work, debris removal, and pool clearing. These excavators are easy to maneuver in tight and narrow spaces and areas with limited space, which makes them ideal for smaller projects.

Skid steers differ from standard excavators in their general orientation and appearance, as their booms and buckets face away from the driver. This setup allows them to maneuver through tight areas and performs more difficult turns.

Similar to wheeled excavators, skid steers sit on wheels as opposed to tracks. Therefore, they tend to not perform as well on uneven, muddy, snowy, or sandy surfaces.

Unlike standard excavators, skid steers have booms and buckets that face away from the driver. This orientation allows the attachments to reach over the cab instead of around it. This makes these excavators useful in more narrow areas and easier to maneuver tricky turns.

The longer arm in long-reach excavators makes it highly beneficial for getting to hard-to-reach locations and excavating from a distance. However, it also causes it to be impossible to use in tight spaces.

Mini excavators, also known as compact excavators, have gained popularity in recent years. Their small and light size makes them ideal for fitting into tight spaces and gives them the benefit of greater precision.

They are often used for small landscaping jobs including digging holes for trees or creating trenches for pipes. They are also commonly used on job sites with lots of pipes or underground utility gas lines. This is because they are more precise than traditional large digging equipment.

Mini excavators are seen as efficient. Weighing less than seven metric tons, they are able to be easily transported on a truck or trailer. They are also more fuel-efficient than large excavators. Their size allows them to work on soft ground without tearing up the terrain.

Another advantage is that they can be used inside. They incorporate reduced or zero tail-swing in order to maneuver tight turns and avoid obstacles.

The downside to mini-excavators is that they are not as powerful as larger excavators. They may not be able to provide the digging depth for certain jobs. Mini-excavators are also only able to handle smaller loads.

Hydraulic shovels are heavy-duty machines ideal for mining, intense digging, and hydro excavation. They feature a lifting arm and a large bucket that can haul minerals, soil, rocks, and heavy material. These powerful machines are versatile. The bucket can be oriented to face the cab, or away from the cab.

Spider excavators, also known as walking excavators are unique looking, with spider-like legs. These legs are able to operate independently and can be fixed or telescoping. Spider excavators are designed for specialized jobs that require excavations on steep hillsides and other challenging terrains.

On spider excavators, the cab sits atop a rotating platform, capable of rotating a complete 360 degrees. The boom and bucket are located at the front. This is not a common excavator fr construction sites, but it can be incredibly advantageous for forestry or other jobs with challenging terrains.

Knuckle boom excavators are designed with an extra joint on the boom/stick assembly. This provides increased maneuverability, as the extra knuckle allows the stick and bucket to move side to side.

This excavator can be beneficial for working in tight spaces and around obstacles, but it is not commonly used on most job sites.

While there are many different types of excavators, they each have their own advantages and disadvantages. Factors such as size, maneuverability, versatility, and brand will likely play a part in your decision-making.

TopMark Funding is a top-rated construction equipment finance company located in Roseville, CA. We specialize in heavy equipment. Our mission is to become your long-term financial partner by helping you grow your construction business.

We have financing options for wheel loaders, excavators, backhoes, dump trucks, and more. We have great rates, low down payments, and flexible monthly payments for good credit customers. 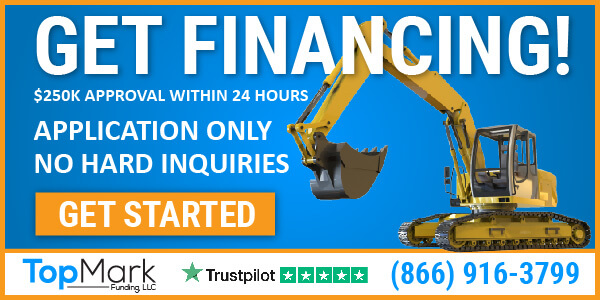 Post Views: 3
What is the difference between an excavator and a backhoe? How to Finance an Excavator

Best Sites to Shop for Excavators

How to Finance an Excavator

What is the difference between an excavator and a backhoe? 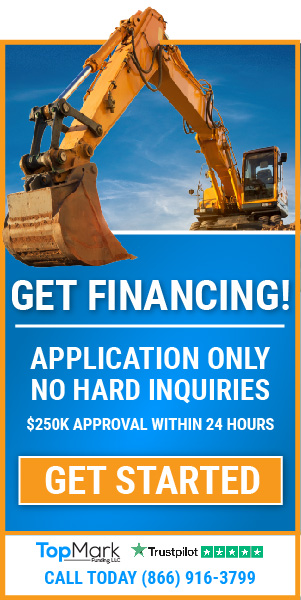 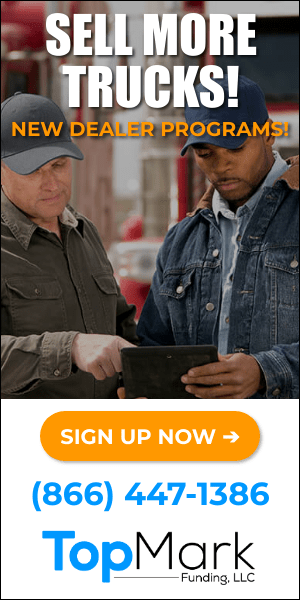 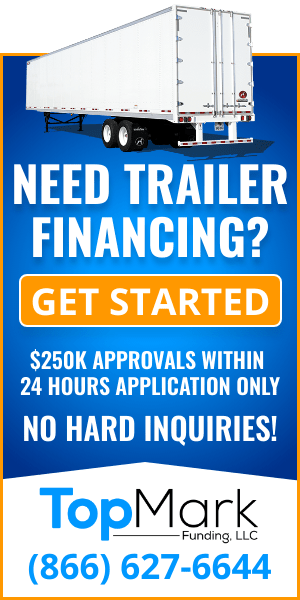